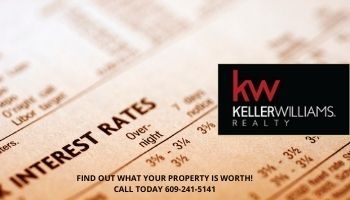 While rates are back down near historic lows, the economic recovery could push them back up in the months ahead.

Mortgage rates fell in concert with Treasury yields over the last seven days, keeping rates on home loans below 3 percent for the second consecutive week, according to Freddie Mac’s weekly lender survey.

“While mortgage rates tend to follow Treasury yields closely, other factors can be impactful such as the labor markets, which are continuing to improve per last week’s jobs report,” Freddie Mac’s Chief Economist Sam Khater said in a statement. Economic growth is expected to push interest rates higher in the coming months, making today’s near-record low rates an opportunity for homebuyers and homeowners looking to refinance their loans, Khater said.

◾For 5-year Treasury-indexed hybrid adjustable-rate mortgage (ARM) loans, rates averaged 2.52 percent with an average 0.2 point, down from 2.54 percent last week and 3.02 percent a year ago. Rates on 5-year ARM loans hit an all-time low of 2.56 percent during the week ending May 2, 2013, in Freddie Mac records dating to 2005.

Freddie Mac’s survey tracks conventional, conforming, home purchase loans for borrowers who put 20 percent down and have excellent credit. Borrowers taking out bigger loans, making smaller down payments, or with lower credit scores can expect to be quoted higher rates.

Rates rose temporarily in February and March as markets reacted to inflation fears. They’ve since come back down and have remained around 3 percent. But rising home prices and rents could fuel inflation and force the Federal Reserve to taper its purchases of Treasurys and mortgage bonds, which could send rates back up.