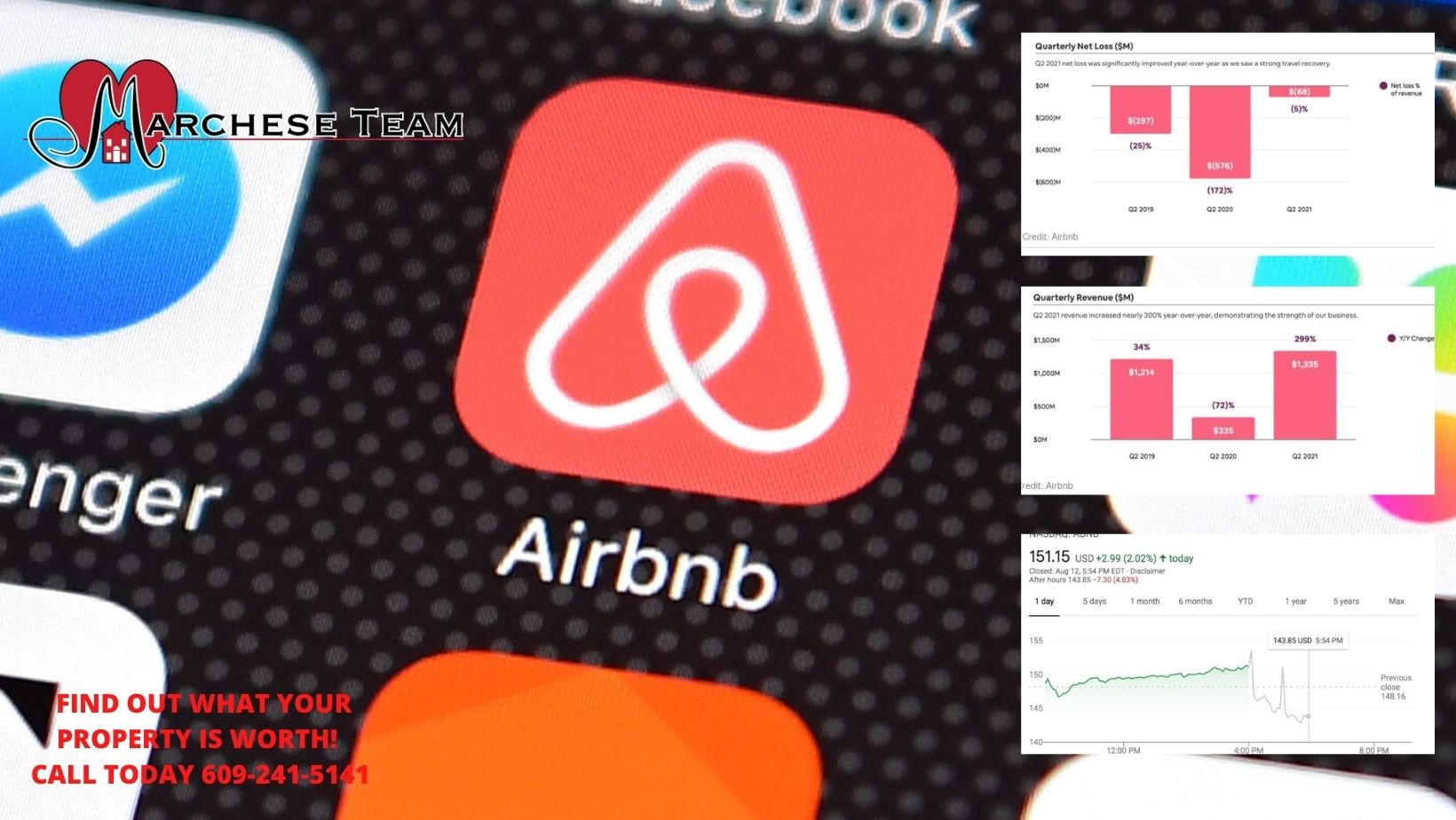 The short-term rental giant lost $68M between April and June — a vastly smaller sum than the $1B it lost a quarter earlier, according to earnings figures released Thursday.

The report additionally shows that Airbnb managed to bring in more than $1.3 billion in revenue during the second quarter of this year. That represents a 299 percent year-over-year jump — and beats analysts’ expectations that the company would report $1.23 billion in revenue.

In a letter to shareholders, the company announced that “the travel rebound is upon us and Airbnb is leading the way.”

“For the past year, we’ve benefited from the adaptability of our business model, and we’ve focused on driving product innovations to meet the changing needs of our guests,” the letter adds. “The strength of our Q2 results indicate two things: people are ready to travel, and Airbnb is ready to host them.”

Airbnb went public in December and over the ensuing months saw its share price steadily climb. It ultimately peaked in February — a time when many other stocks peaked as well — at just under $220. Since then, however, Airbnb’s stock price has fallen significantly and as the close of the market Thursday shares were trading just above $151.

Following the publication of the report, the company’s share price ping-ponged in after hours trading but ultimately fell several dollars.

The company had a market cap of about $93.3 billion as of the close of the markets Thursday.

Airbnb first reported earnings as a public company in February, at which time it revealed it saw a net loss of $4.6 billion in 2020.

Airbnb’s second earnings report, published in May, revealed the company lost $1 billion between January and March of 2021.

Beyond revenue and losses, Thursday’s report also showed that Airbnb guests booked 83.1 million nights and experiences through the company in the second quarter of 2021. That’s up 197 percent compared to last year, but down 1 percent compared to two years ago.

In its earnings letter, the company described this performance as “nearly recovered” to levels seen before the coronavirus pandemic effectively stopped most travel last year.

Unsurprisingly, the letter notes that Airbnb “saw increased bookings in
regions where travel restrictions lifted and vaccine availability expanded.” The company also saw greater demand for non-urban areas, as compared to cities, though urban areas do appear to be rebounding.

In a call with investors Thursday afternoon, Airbnb CEO and co-founder Brian Chesky said that the company is also seeing shifts in the way people travel. Those shifts include interest in longer stays and greater flexibility, among other things.

Additionally, interest in flexible travel — which has been fueled in part by the rise of remote work — has become so significant that the company launched a flexible date feature earlier this year and, Chesky said, it has since been used 500 million times.

“We believe many of the new booking trends that have emerged over the last year are here to stay,” Chesky continued, adding later that “COVID was a crucible moment for this company” that helped it become more disciplined and efficient.

He also reiterated that travel is rebounding and said that “we expect Q3 to be our strongest revenue quarter ever.”

Chesky ultimately mentioned several times that there appears to be significant pent up demand for more travel and that one of the lessons of the last year is that “we tend to appreciate things when they’re taken away from us.”

The company ultimately concluded in its investor letter that it “is well positioned for the continued travel recovery,” though the coronavirus, “including the Delta variant, will continue to affect overall travel behavior, including how often and when guests book and cancel travel recovery.”

Updated: This story was updated after publication with additional information from Airbnb’s earnings report and from a conference call the company held with investors.